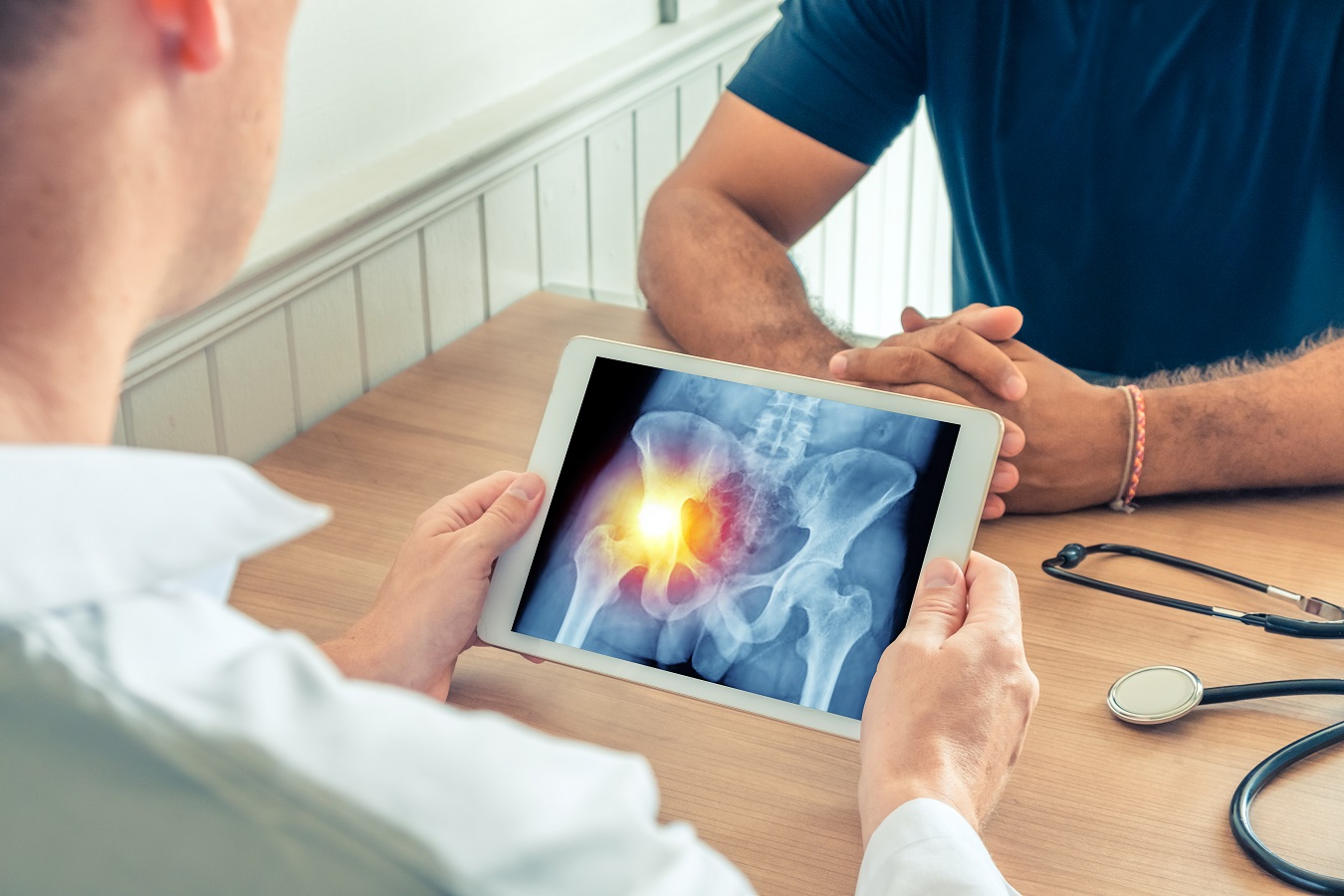 What is Hip Arthroscopy?

Hip Arthroscopy is a minimally-invasive procedure to correct or repair various conditions of the hip. It offers hope to thousands of patients worldwide with hip problems in a cost-effective and efficient manner. Its preferred over open surgery and has a bright future with vast possibilities.

Anatomy of the Hip

The hip-joint is a ball and socket joint, formed by the femoral head which is the upper end of the femur or thigh bone as the ball, and the acetabulum, which is part of the large pelvic bone forming the socket. A slimy tissue called articular cartilage, covering both the ball and socket, ensures smooth motion, reducing friction at the joint. A ring of tough fibrocartilage called the labrum lines the acetabulum and acts as a gasket to the joint. The labrum ensures the ball remains within the socket and does not pop out. Ligaments surround the joint like a capsule and the underside of the capsule is lined with a thin film of tissue called synovium. The synovium produces synovial fluid which acts as a lubricant for smooth movement of the joint.

Like any other part of the body, the hip joint is also vulnerable to many ailments and conditions. All these conditions cause pain in the hip or groin, lack of flexibility, stiffness, limited range of motion and limping.

Surgery for the above issues

The first line of intervention for some of these ailments are medication (painkillers / NSAIDs) to reduce pain, or physiotherapy to correct mechanical issues at the joint. When these don’t work, or for the remaining conditions, surgery is the only option. Till a few decades back, open surgery was the only option. But this has the disadvantage of pain, scarring, bleeding, risk of infection and a long rehabilitation time. In contrast, a minimally-invasive procedure can reduce pain, scarring, recovery-time and cause fewer complications.

Such a procedure for the hip is called Hip Arthroscopy and the endoscope used for this – the arthroscope.

An orthopedic doctor or surgeon will first understand your symptoms, medical history and family medical history. Then he/she will review results of your X-rays, CT scans and/or MRIs. Finally, the specialist will conduct a physical examination that includesa range-of-motion tests. All these help determine severity of the condition and suitability for Hip Arthroscopy (HA). The procedure is conducted under general or local anesthesia depending on the patient’s comfort and doctor’s recommendation.

Unlike some other endoscopic procedures which require only one entry-point for the endoscope, the thick orientation of nerves and blood vessels at the hip-joint imply multiple incisions may be required. These cuts or incisions to insert the arthroscope are called portals. Three portals are a norm in most HA procedures. The leg corresponding to that side of the joint (left or right hip joint) is given traction or pulled by wearing special shoes. The traction makes it easy to separate the ball and socket and perform the necessary intervention.

A special, portable X-ray called the fluoroscope is used to ensure the arthroscope is positioned correctly. Once positioned, the fluoroscope is switched off, and the camera fitted at the end of the arthroscope is turned on. This relays images on to a large monitor screen in the operating room. By looking at the images on the screen, the surgery team perform their desired intervention. The procedure may last from half an hour to 2 hours depending on the condition being treated. The scope is retracted and the incisions sutured. The patient is brought out of the effects of anesthesia and discharged the same day in most cases. This makes HA an outpatient procedure.

Post-procedure, the patient will experience pain, swelling, gurgling noises and the feeling of water being present, due to a saline injected into the jet during the procedure. This keeps the blood out and enhances the view from the scope. He/she must use crutches for support for up to 2 weeks. Thereafter he/she must under 6 weeks of physiotherapy. The patient must avoid pushing, pulling, lifting or carrying for up to 6 months. Simple exercises and moderate sporting activity are OK after 3 months, while a normal life can be resumed after 6 months.

Hip Arthroscopy is here to stay

Hip Arthroscopy is very effective and popular today. Infection rates are as low as 0.1%. Cutting instruments used in the procedure and surgical techniques have also evolved in recent years. Further, computer-assisted procedures are becoming the norm slowly. All these help improve outcomes and success rates for the procedure.