Parents of today have no hesitation in encouraging their daughters to pursue a career in medicine. The honour of having “a doctor in the family” is unparalleled. But this was not always the case.

Rewind to the years before independence when it was a different scenario altogether, where practices of child marriage reigned supreme and educating girls was frowned upon. Girls were not even allowed to complete schooling much less dream of a career in medicine. Yet, this did not stop certain fearless women from fighting against all odds to pursue their dreams. These women paved the way for other women to break the shackles that society placed on them; they showed them how to stand up to patriarchy and questioned the demeaning practices which were being followed for centuries.

It took courage, conviction and a lot of struggle, but they won and slowly but surely the thought process behind girls’ education began to change. These pioneers need to be celebrated and their inspiring stories told to every little boy and girl.

This article is a token of gratitude to these forgotten women without whom we as a society would not be where we are today. There is of course a long way to go, but we will always be thankful to these women (and all the women who don’t find a mention in our history books) for getting the wheels moving. 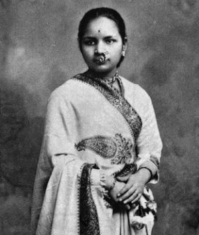 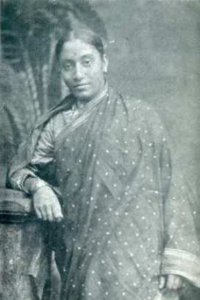 While these remarkable women mentioned above are all Indians, there are many foreign lady healthcare professionals too who in-spite of their contributions to healthcare, remain unheard of. 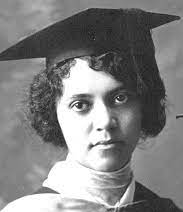 Giving Women Their Due

These are just a few of the many women whose contributions remain unsung. There are countless more out there who will unfortunately remain hidden and in due course forgotten. Why are women’s contributions ignored? Why are they not given the credit they rightfully deserve?

It could be because women having a career was unheard of in those times. It was difficult to digest the fact that a woman had not only entered the field of science but had also succeeded. This led to a refusal to acknowledge their contributions. Another reason could be that women invariably needed a male’s moral support in the workplace to achieve their objectives. As a result, they were often pushed to the position of assistants or subordinates.

While times are changing, there is still much that needs to be done. Women’s achievements need to be acknowledged and shared, to inspire other women who are going through hardships, to let them know that they are not alone and to help them realize that a will to succeed is all that matters.