Covid19: The one who easily adapts to change alone will survive 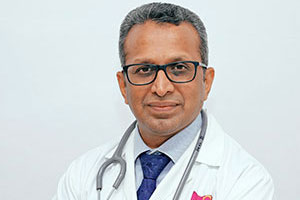 During my ward rounds on April 29th 2020, an 85 year old lady admitted in the fifth floor commented about the Corona situation, “Doctor, I have not experienced anything like this in my life even during the war, famine or India’s Freedom Movement”. So, we are living in extraordinary time of once in a century event.

The positive side of the current situation is that many of us are spending lot of time together with our family including me. My elder son is making Chettinad and European dishes and the younger one is trying to master in coffee making. Today, my wife quipped that even in this lock down period, I am the only man in the whole world who has not helped his wife in the kitchen. We have one more addition to the family. Yes, we have adopted a dog and named him Gino. Many of us who grew up reading writer Sujatha’s novels will appreciate Gino, the robot dog character in his science fiction “என் இனிய இயந்திரா”. Written in 1980s, interestingly the fiction is set in 2020.

I completed reading the book Black Swan by Nassim Taleb and all the three books in the Sapiens series by Yuval Noah Harari. I have listened to lot of thought leaders in webinars. Surprisingly, none of them had predicted this pandemic and the havoc it has created on the global economy.

Though the healthcare industry will be the one to recover early, it is not immune to economic shock as millions of jobs are lost reducing the purchasing power of the people. Whenever we return to normal, it will not be the same as it was in February and it will be NEW NORMAL. Almost all healthcare organisations will be looking at Manpower and Cost Optimization, Digital Health, Preventive Medicine, Tele-medicine, Home Healthcare, Hygiene and Immunity, Work from home and so on.

Kauvery’s growth in the last 20 years can be attributed singularly to our founding principle of, “Great Healthcare at affordable cost”. With that strong foundation, Kauvery’s financial reserves, agility and nimble footedness will ensure that we come out stronger from this crisis. While waiting to return to New Normal, I end this message with the quote attributed to Charles Darwin.

“It’s not the strongest or the most intellectual species which will survive, the one which easily adapts to change alone will survive”.

That applies to organizations as well.